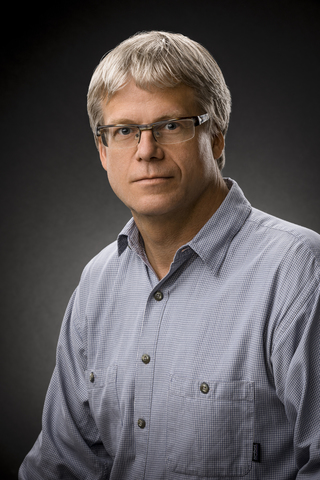 Beijing Wants One Union to Rule Them All
The Chinese government doesn't want labor groups organizing workers to fight for their rights.

Panyu, a district spotted with factories and half-finished real estate developments, is largely indistinguishable from the rest of the Pearl River Delta, China's biggest export manufacturing hub. Until recently, though, it was recognized widely by China's migrant workers as the home of the country's most active independent labor rights group, the Panyu Migrant Workers' Center, which has helped thousands of workers in their disputes with factory managers.

On Nov. 3 in the Panyu District People's Court, China's authorities took the latest step in crippling the growing labor movement. Meng Han, a former hospital guard turned activist at the Panyu Center, pleaded guilty to disturbing public order by inciting workers to strike. He was sentenced to 21 months in prison. Meng, who many had thought would dispute the charges, faced sleep deprivation and harsh interrogation at first, during the almost 12 months he's been held already, says Han Dongfang, founder of the Hong Kong-based China Labour Bulletin, a workers' advocacy organization. Meng's parents had to move from their apartment after unidentified thugs defaced their door with axes, Han says.

Three of Meng's colleagues at the Panyu Center, including director Zeng Feiyang, pleaded guilty to similar charges in September and were given deferred sentences. Zeng, who's married, was also accused in state media of having at least eight girlfriends and sending sex videos to others. "They are trying to intimidate us," says Zhang Zhiru, who heads the Shenzhen-based Chunfeng Labor Dispute Service Center.

Scaring labor activists into submission is part of the leadership's strategy to tame unruly migrant workers. Increasingly educated and internet-savvy, these workers have taken to the streets over unpaid wages and social welfare benefits, as well as unsafe work conditions. The government is also working to supplant independent labor groups by reinvigorating the more than 200 million-strong All-China Federation of Trade Unions (ACFTU), the only state-approved umbrella union. "The Communist Party is trying to get rid of the existing activists that have established social networks and destroy their legitimacy," says Wang Kan, an expert on Chinese labor activism and a professor at the China Institute of Industrial Relations in Beijing. "They want to get rid of the troublemakers and buy themselves some time" while they reform the official union.

The labor groups have already faced harassment, particularly since President Xi Jinping took office in 2013. Zhang of the Chunfeng Labor Dispute Service Center has had to move his office more than a dozen times since police ordered landlords not to rent to his organization.

Late last year, security officials cracked down on the 110 or so labor rights groups operating in China, focusing on Guangdong province, where about half of them are based. Police interrogated at least 20 individuals who promoted labor rights and detained seven. While three were released, Meng and his colleagues were charged and convicted. "The government doesn't want workers to organize," says Duan Yi, a Shenzhen-based labor lawyer whose firm has represented workers involved in more than 100 strikes. The labor environment has become "very, very sensitive." Duan met a reporter in a coffee shop, saying an interview in his office would draw unwanted attention.

Labor groups including the Panyu Center have been accused in Chinese state media of being manipulated from abroad—often meaning from Hong Kong. "We must earnestly and painstakingly ensure the stability of the trade unions and watch out for infiltration," Shanghai Federation of Trade Unions head Hong Hao told the state-backed news website ThePaper.cn in July.

On Jan. 1, a new law will make it much harder for Chinese nongovernmental organizations to take money from or work with organizations overseas. Chinese workers' groups have long had a close association with Hong Kong-based activists, one reason they are suspected by officials. The labor groups played an historic role supporting the Communist Party against the Nationalists in China's civil war. Officials worry that another party will gain strength by allying itself with worker groups, says Jane Liu, China program manager at Social Accountability International. Beijing has its hands full in Hong Kong, where it won't allow two elected, pro-independence members of the Legislative Council to be sworn in.

Founded in 1925 as a "transmission belt" (to quote Lenin) to send worker concerns up to the party and party orders down to the factory, the ACFTU has become little more than a social association, holding the annual company Chinese New Year parties and organizing basketball tournaments for workers. When labor disputes arise, the ACFTU is often viewed by labor as siding with management over workers. "Most of what they focus on has nothing to do with what we would think a union does. They have lost their roots," says Sheila Wong, deputy director of the Guangzhou-based Inno Community Development Organisation, which is helping a local branch of the ACFTU install a worker grievance hotline.

At a top-level meeting in July 2015 on the work of China's three largest mass organizations—the Communist Youth League, the All-China Women's Federation, and the ACFTU—Xi harshly criticized the union for not properly carrying out its job, says Wang of the Institute of Industrial Relations. Mass organizations must avoid "being alienated from the people," the official Xinhua News Agency reported Xi as saying. "They are caught in a very tough place," says Aaron Halegua, a lawyer and research fellow at New York University's U.S.-Asia Law Institute who recently wrote about the legal representation of Chinese workers. "On the one hand, the union is supposed to represent workers, but that must be done without actually empowering workers."

The ACFTU plans to cut its bloated management—it has 680,000 full-time staffers—by 40 percent by yearend, while signing up millions of new members. The union aims to open centers in worker neighborhoods across the country to bring the labor group closer to the grass roots, providing services for workers ranging from entertainment to skills training. Crucially, the centers will advise workers about the law when they face disputes, helping to fill the gap left by the closing of advocacy groups.

The centers will also monitor the activities of their members and work with local officials to stop strikes before they happen. "Xi's idea is to influence the hearts and minds of workers, so the transmission belt has been reinvented," the China Institute's Wang says. "But if the union spots trouble, then they will tell the local government and public security so they can control it."

Last year, China saw a record 2,774 strikes and protests, double the number in 2014, according to the China Labour Bulletin. While strikes in the service sector, including Walmart Stores workers and delivery motorcyclists, have grown this year, coal and steel workers are also protesting, as mills try to force capacity cuts.

A survey carried out by Wang found that from 2006 to 2015 the percentage of workers saying their colleagues provided "the most effective support" during labor disputes grew from 44.1 percent to 63.1 percent, while the percentage citing the government or official union never topped 7.9 percent.

When Wu Guijun, a furniture factory hand in Shenzhen, joined a strike in 2013 over his employer's sudden decision to move the factory without consulting workers, he was arrested and held for one year by the police for disturbing the social order. Since his release in 2014, he's worked full-time providing legal advice to workers. "I don't have a very optimistic viewpoint about union reform," Wu says. "They have to protect the interests of capital and the party and preserve their own interests. They have never stood on the side of workers."